Back Pain Treatment in Knightdale, NC: Back pain can manifest itself in various ways to cause pain, irritation and lack of range of motion in the body. Back pain affects approximately three million people in the United States annually! Chiropractic care can help keep you pain-free regardless of your lifestyle.

Stop living with back pain:

Upper and middle back pain may be caused by muscle or ligament strains, poor posture and damage or tension involving the discs in the spinal column. Low back pain is usually caused by strains or sprains from improper lifting, poor posture, lack of regular exercise, fracture, ruptured disk or arthritis.

This can happen very easily if you work at a desk five days a week! It can also occur from pressure on the spinal nerves from certain problems, such as a herniated disc. It is important to be mindful of your body and how you position it during daily tasks to avoid injury. But sometimes, almost seemingly at random, back pain can strike, causing pain, discomfort and decreased quality of life.

Signs of back pain include but are not limited to:

Chiropractic care is a painless, low-risk and non-invasive treatment that can have lasting results to avoid back pain with regular care. It is important to keep your spine healthy, as it is the center of the body and connects to everything, either directly or via the nervous system.

With gentle manipulation and other techniques, the body can be aligned and pain can be reduced or eliminated depending on the condition. Adjustments allow the nervous system to function optimally and allows the spinal column to deliver water, blood and nutrients to the body. This will help you heal and keep the body functioning at its best with regular appointments.

After a few sessions, many patients begin to feel relief. Depending on your condition, previous ailments and other factors, the time it takes to reduce or eliminate pain may vary. It is important to regularly visit Dr. Bradburn to see lasting results. We also offer massage therapy at our facility, which can help with tense muscles and reduce back strain in all areas of the spine.

Contact our office today to see how we can help you live your life without back pain! Our experienced and friendly staff is ready to devise a personalized plan to help you feel like your best self every day. Please give us a call (919) 261-0202 for an appointment. 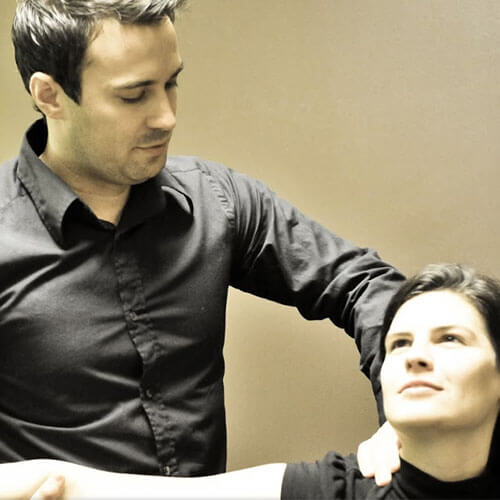 Excellent, thorough chiro. Very skilled and knowledgeable in his craft. Always ensures that the patient is fully taken care of.

Dr. Cole has been adjusting me for years. At first he helped me with my neck and back pain, but after being adjusted for awhile my allergies started going away too! I used to take all the allergy medications like zyrtec, allegra and claritin. Now I haven’t taken any in years.

Say no to Drugs.
Dr. Cole Bradburn is an amazing Chiropractor and an awesome ART® certified professional, greatly passionate about his calling and its cause. (ART is Active Release Muscle Technique that treats problems with muscles, tendons, ligaments, fascia and nerves, headaches, back pain, carpal tunnel syndrome, shin splints, shoulder pain, sciatica, plantar fasciitis (foot), knee and tennis elbow problems and is used on many athletes around the world). It has helped me so much and made me pain free.

Dr. Cole has the greatest knowledge about human anatomy, proper nutrition and is helping patients achieve their best health the natural way, drug-free. I appreciate Dr. Cole for this extraordinary knowledge, ability to heal, and honest concern and compassion for his patients and advice on supplements, healthy living, stretches and exercises. He doesn’t waist time when it comes to your care or will he ever rush you out of his office, he takes the time to learn about you and your problems to understands your body’s functions so he can fully heal you. Dr Cole has a great fascination for finding the cause of symptoms that cause pain and fixing the problem. He has made me pain free of headaches, sciatica and sacroiliac joint dysfunction, that I suffered from for years due scoliosis and uneven pelvis. I was fortunate enough to work with and be taught by Dr. Cole, receive chiropractic care, ART therapy and rehabilitation exercises for several years. Dr. Cole is very personable and upbeat and I bet you will like him right away, he is a good friend of our chiropractic and personal family and I would highly recommend him if you are looking for a kind, trustworthy and hard working individual that will free you from your acute or chronic pain. Yes, you have made or will make the right choice in choosing Dr. Cole as your chiropractor. Call us at (919) 261-0202 or click
the button to schedule your appointment! Schedule Appointment