Trinity Chiropractic Wellness: For over ten years, Dr. Bradburn has focused on chiropractic care and other natural treatments to help patients live a healthy and pain-free life. He has done this through his chiropractic center, speaking engagements and professional writing to promote wellness and mindfulness, so that everyone can live their best life.

Trinity Chiropractic Wellness wants to provide exceptional care for families. We see patients of all ages and provide comprehensive treatment plans that are individualized for each patient to help them feel their best naturally. It is important to seek out a treatment plan that is focused on fixing the core issues that are within the body causing pain.

We provide x-rays on site if they are needed to save you time. This also allows Dr. Bradburn to easily diagnose and treat from the inside out. We provide many services to get you feeling well including chiropractic, nutritional counseling, massage therapy, sports injury treatment, whiplash treatment and more. Call Trinity Chiropractic Wellness to receive a complimentary consultation today.

What Our Patients are Saying…

Our family has been receiving chiropractic care from Trinity Chiropractic Wellness for nearly 4 year and we have never had a bad experience. All of the people that work there are welcoming, helpful, and caring. Each member of our family has significantly benefited from scheduled adjustments performed by Dr. Cole Bradburn. He has been gentle and nurturing with our children and informative and consistent with my husband and I. We would not be as knowledgable or as physically sound as we are without the dedicated care of Dr. Cole Bradburn and his team at Trinity Chiropractic Wellness!

It is refreshing to find someone who sees the Human body as a system that is constantly working to be efficient. Dr. Cole has helped me correct lower back problems that I have had for nearly 10 years. He explains the reasoning for the procedures and is very knowledgable of the linkages between the nervous system and the performance of the human body. I would recommend Dr. Cole to anyone that is not satisfied with pill pushing doctors who just try to mask symptoms instead of solve problems.

Great folks, all. Highly recommended because they are all very personable and obviously qualifiied. I have been to Chiropractors my entire life and Dr. Cole has by far been the best. His whole body approach to health is refreshing and promotes optimal health. I recommend him to my closest friends and family. I have not only experienced outstanding results in my own life, but also in the lives of the ones i cherish the most – my baby girl, son, and husbands. Dr. Cole’s expertise keeps us coming back, but the professional, friendly and warm atmosphere that Dr. Cole and other staff create a visit that is thoroughly enjoyable.

I had already heard great things about Dr. Cole Bradburn, and then when I got in a car accident I decided to give it a try. I had high expectations to begin with, but I can honestly say that the entire office exceeded my high expectations. Everyone in the office was extremely nice and accommodating every time I came in, getting me in and out very quickly. Dr. Bradburn was very informative and made sure you knew why you were doing certain exercises. The front ladies were very flexible with my busy schedule and were always so friendly and professional. They completely took care of the billing and insurance questions so I did not have to even worry about it. The chiropractic assistant and the other doctors were always very friendly and personable as well! I loved the yoga class and look forward to booking my next massage. I would refer Trinity Chiropractic to my clients, friends, family and to anyone who is looking to give them a try!!

In addition to alleviating pain, chiropractic adjustments can help to improve nervous system function and promote optimal health and wellness.

Chiropractic care for children helps the nervous system work optimally and can naturally help with many common childhood conditions.

Chiropractic care can create space and eliminate pain with structural changes during pregnancy that can affect the nerves and the spinal cord. 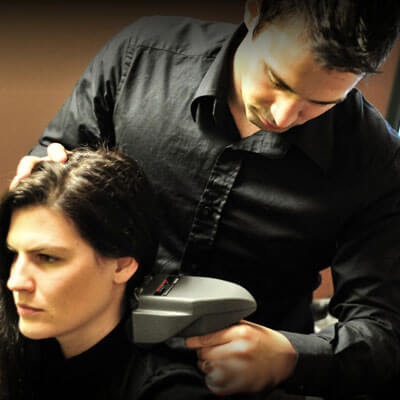